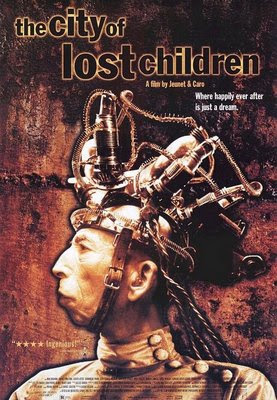 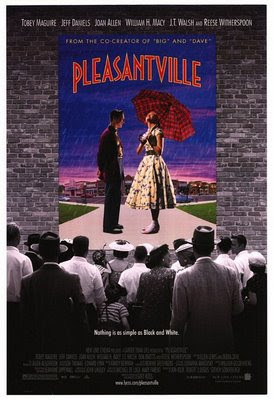 The beautiful "Pleasantville", first released ten years ago, was screened at Vancity Theatre this past Sunday night as part of the Spark FX '09 Festival. 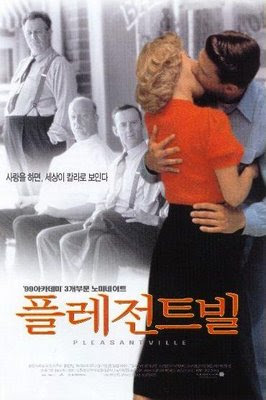 Written and Directed by Gary Ross, the passion project was influenced by the experience of Ross’ father, also a screenwriter, who was blacklisted during the McCarthy era.

Although I hadn’t seen the movie since its initial release, I remembered the importance of the black & white, slowly changing to colour as the citizens of 'Pleasantville' discovered happiness and curiosity by opening up their minds to new and different ideas.

I recognized the beauty and the politics but hadn’t considered the intricacy of the effects: a real nod to how well they were used because the audience is thinking in terms of an intellectual, emotional standpoint rather than for the value of 'technique'.

This go-round, I watched the movie considering the significance of the effects - the beauty of the colours chosen; the pink cherry blossoms in the park, an old teal car parked in town and the difficulty of scenes when 'Betty Parker' (Joan Allen) is desperate to hide her flesh-tones which prompts her son 'David' (Toby McGuire) to apply her 'black & white' make up, allowing the concealment of thoughts and feelings from her husband (William H. Macy).

I loved the movie the first time I saw it but it was a great experience to appreciate it with 'open' eyes this time. 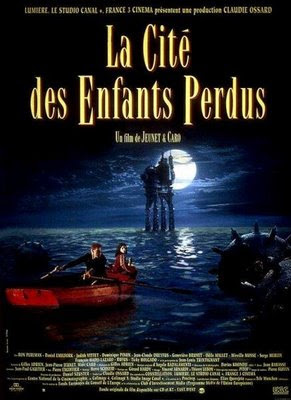 "La Cite Des Enfants Perdus" ("The City of Lost Children”) was screened on Monday night, the final night of the Spark FX '09.

It was the first time I had seen this movie from directors Marc Caro and Jean-Pierre Jeunet, the imaginative pair behind the delicious "Delicatessen".

"Lost Children" was released in 1995, although it feels like it was made at the turn of the century, foretelling hope despite a bleak future ahead. 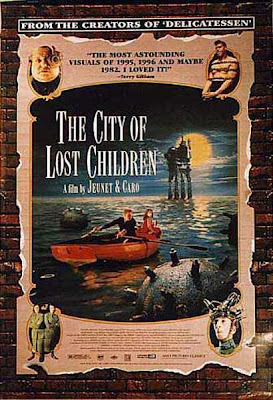 Like a Dickens' story with "Pan’s Labyrinth", "The Professional" and "Star Trek" thrown in for good measure, the film is a treat for all senses, with mesmerizing art direction and a truly fantastical use of physical effects.

The blind 'cyborgs', the strength of 'One' (Ron Perlman), the 'Siamese Twins', the visual effects of six 'clones' (played by actress Dominique Pinon) and circus-trained fleas are all the more hypnotic when filmed as though frozen in perpetual twilight.

However, for all the success of the special effects that allow your mind to be transported into the reality of this redemptive 'David and Goliath' take, it is the tender love story between One and the young street urchin 'Miette' (Judith Vittel) that touched my heart.

The film seemed so innocent and imaginative that it is tempting to share it with children but when it was released, it was rated R because of disturbing/frightening scenes.

Nonetheless, you are sure to enjoy this unique and transcendental tale...