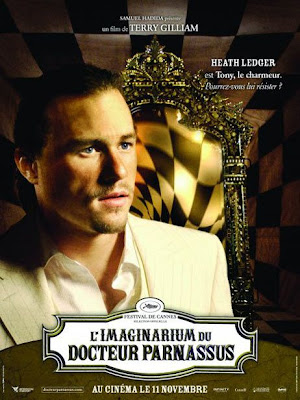 "The Imaginarium of Doctor Parnassus" is the UK/British Columbia-lensed fantasy feature directed by Terry "Fear And Loathing In Las vegas" Gilliam, written by Gilliam and Charles McKeown.

The feverishly, surreal film follows the leader of a travelling theatre troupe who, having made a deal with the Devil, takes audience members through a magical mirror to explore their imaginations.

Canadian actor Christopher "The Silent Partner" Plummer, singer Tom Waits and the late Heath Ledger star in the film, though Ledger's death one-third of the way through filming caused production to be temporarily suspended. Ledger's role was then recast with actors Johnny Depp, Jude Law, and Colin Farrell portraying transformations of Ledger's character 'Tony' as he travels through a dream world. 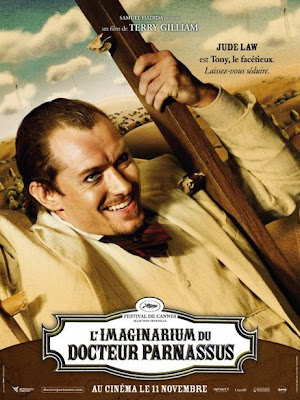 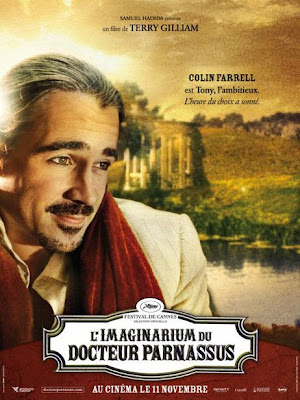 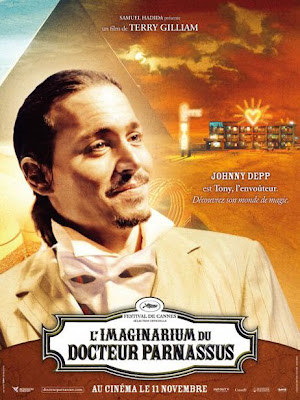 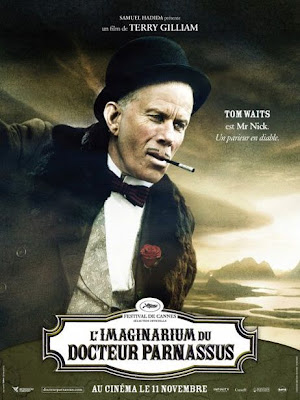 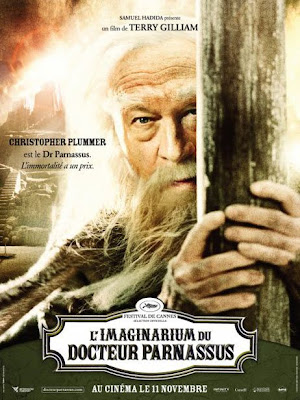 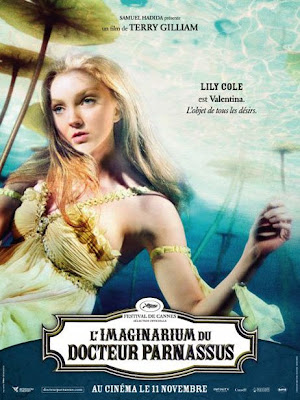 Click the French banner posters to enlarge and Sneak Peek the official HD trailer for "The Imaginarium Of Doctor Parnassus"...