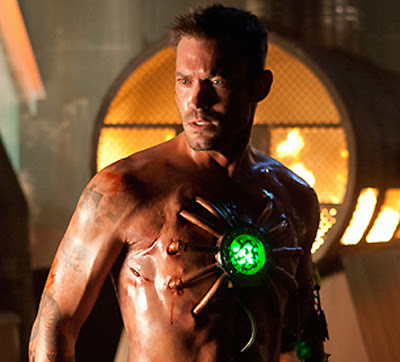 Actor Brian Austin "90210" Green will reprise his role as 'Metallo', the 'Superman' villain with the 'kryptonite'-infused heart, in the upcoming Vancouver-lensed, CW TV series "Smallville" Episode #9.18. 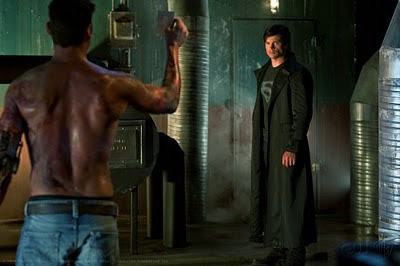 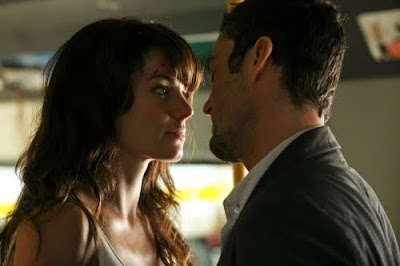 Corben is a war time reporter, who meets 'Lois Lane' and expresses his distaste for vigilantes, particularly 'The Blur" (Clark Kent). 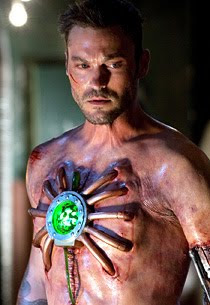 In the following episode "Metallo", Corben is hit by a truck and wakes up with bionic additions, including a kryptonite powered matrix that replaces his heart while powering up his body.
In the hospital 'Dr. Emil Hamilton' attends to him, but Corben loses it and surging with his new implanted power, begins his search for the Blur, blaming him for his sister's murder. 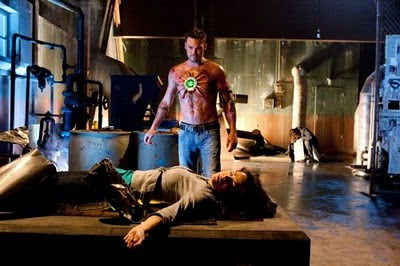 Corben kidnaps Lois, but Clark confronts him, trying to disable his cybernetics. When that fails, Clark heats a lead door from a nearby boiler and fixes it to Corbens chest, covering his radiating heart.
When Corben attempts to pry away the plate, he rips out his heart and dies.
Later, 'Tess Mercer' reveals she has both the kryptonite core and Corben. She asks a scientist if Corben can be revived, who replies that since 'Metallo' is more machine than man, he has simply gone 'offline'... 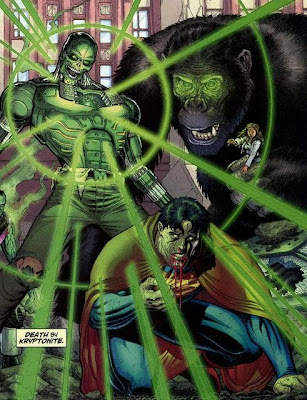 The new 'Metallo' episode will air Spring 2010.
Click the images to enlarge, Sneak Peek 'Metallo', live-action/animated and a great scene from the classic "Smallville" episode "Action"...