Marvel And Disney Team For "TRON: The Betrayal" The first comic books will arrive in October, serving as a prequel to "TRON: Legacy", opening in Disney Digital 3DTM and IMAX 3D, December 17, 2010. 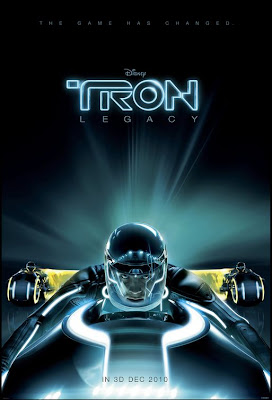 "...The storytelling picks up in the aftermath of Walt Disney Pictures' first film in its franchise 'TRON'. 'Kevin Flynn' is now in charge of 'Encom', the world's largest video game company. Kevin, a break-through game developer, has built the 'Grid', a digital world filled with living programs. This new virtual world is about to develop a life of its own and, in order to control it, Flynn's going to need to help of an old friend...named 'Tron'..." 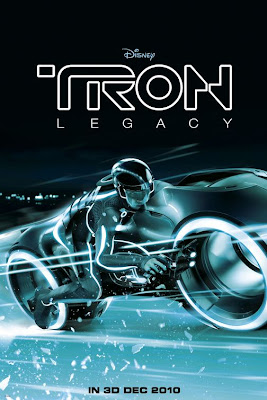 "Marvel Publishing is excited to bring Disney Book Group's first TRON graphic novel to comic book fans in this limited series," said Ruwan Jayatilleke, Marvel Senior Vice President, Development & Planning, Print, Animation and Digital Media. "So whether you're new to TRON or a longtime fan, TRON: THE BETRAYAL is an action-packed thrill-ride that will not disappoint!" 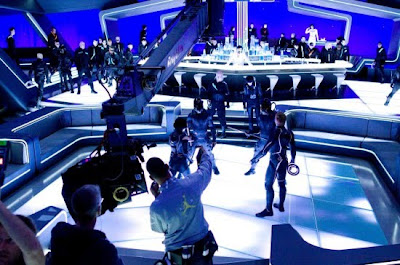 "TRON: "The Betrayal" #1 (of 2), written by Jai Nitz, is illustrated by Andie Tong with a cover by Salvadaor Larroca.
Click the images to enlarge and Sneak Peek "TRON" Legacy"...
at 5:23 PM