"Sucker Punch": You Will Be Unprepared 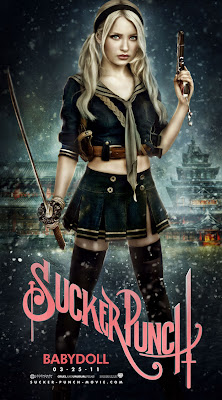 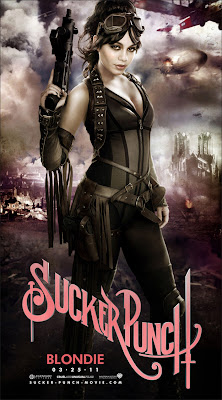 Snyder co-wrote the "Sucker Punch" screenplay with Steve Sibuya, referring to the film as"...Alice in Wonderland with machine guns", following the adventures of a girl confined to a mental institution by her 'evil' stepfather during the 1950's. 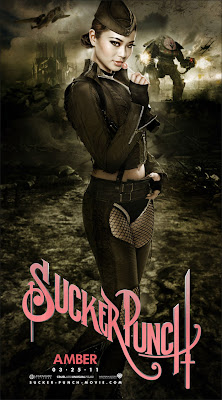 Before she is about to be lobotomized, she attempts an escape from the asylum with her inmate friends. 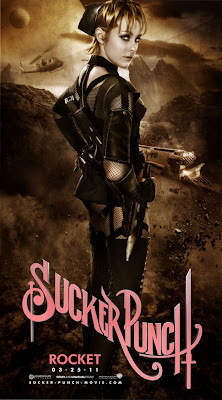 "In the end, it's about this girl's survival," said co-producer Deborah Snyder, "and what she needs to do to be able to cope." 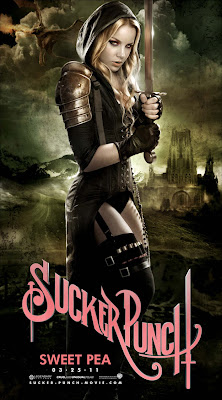 "...Set in the 1950's, 'Sucker Punch' tells the story of 'Baby Doll' (Browning), who is trying to hide from the pain caused by her evil stepfather and lobotomy. She ends up in a mental institution in Brattleboro, Vermont, and while there she starts to imagine an alternate reality. She plans to escape from that imaginary world but to do that she needs to steal five objects before she is captured by an unknown adversary. "She has 5 days to escape before being lobotomized. In order to cope with the situation, she enters the hyper-real world of her imagination, and the lines between reality and dream begin to blur. She is joined with friends who are inmates from the institution. Lessons learned in the said fantasy world could help the girls escape their real-world fate..." 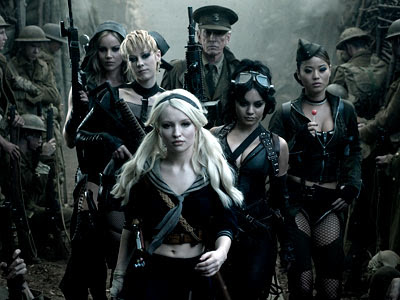 "Sucker Punch", started shooting in Vancouver, September 10 2009, wrapping January 22, 2010, using the same production crew as "Watchmen". The film is currently in post and will be released March 2011.

Click the images to enlarge and Sneak Peek "Sucker Punch"...
at 6:05 PM