Serkis Monkeys Around In "Rise Of The Planet Of The Apes" 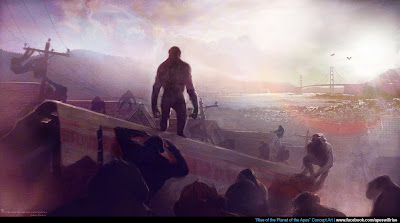 The new 20th Century Fox feature is a reboot of the previous "Planet Of The Apes" movies. 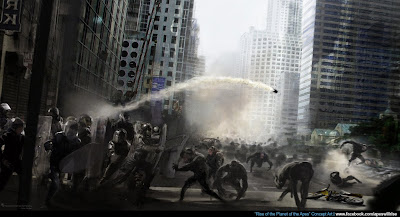 Actor James Franco stars as a scientist working on a cure for Alzheimer's by testing on apes.
"...'Will' is a doctor trying to cure Alzheimers, a disease that afflicts his father. He's working with monkeys to create a benign virus that can get into brain tissue and restore functionality. 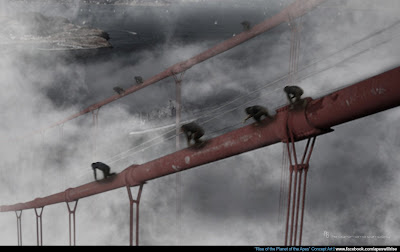 "After his research is shut down he's left with just one chimp, the child of his most promising subject and Will raises him at home. Young 'Caesar' is incredibly intelligent for an ape, and over time continues to mutate and evolve, looking less like a chimp and moving on from sign language to actual speech. 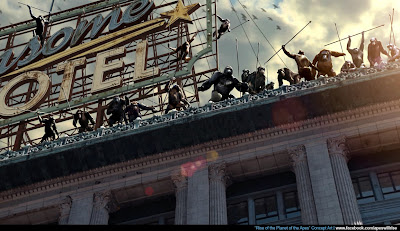 "Eventually Caesar ends up leading an army of apes in an uprising just as a catastrophe strikes mankind..." 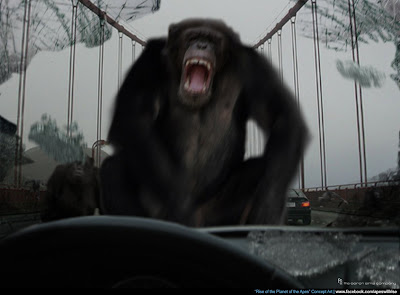 Co-stars include Freida Pinto, John Lithgow and Andy Serkis who plays Caesar, the ape that leads the revolt against the humans. Unlike the previous "Apes" films in the series, monkeys in the movie were created digitally by Peter Jackson's, New Zealand-based Weta Digital ("King Kong"). 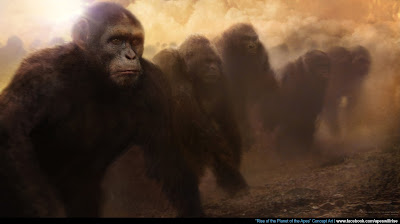 "Rise of the Planet Of The Apes" is slated for theatrical release August 5, 2011. 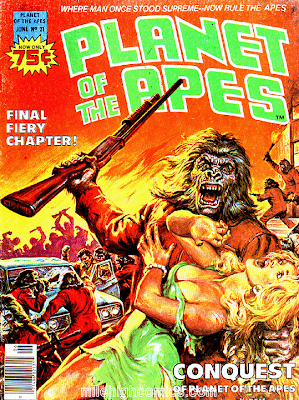 Click the images to enlarge and Sneak Peek "Rise Of The Planet Of The Apes"...
at 7:42 AM