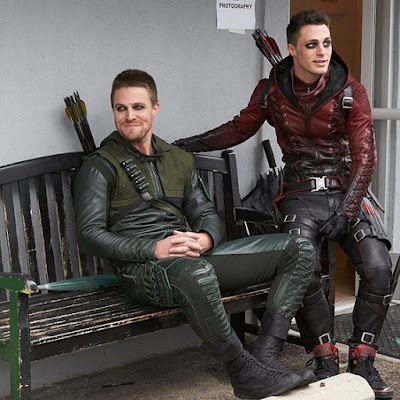 "Arrow" focuses on the humanity of 'Oliver Queen' (Amell) and how he was changed by being shipwrecked on an island.

In season four, the 'Arrow' becomes 'Green Arrow'm as he and his allies fight against the terror org 'H.I.V.E.', headed by 'Damien Darhk' (Neal McDonough), who is attacking 'Star City'.

'John Diggle' is concerned with finding H.I.V.E. and learning the reason for the murder of his brother 'Andy' (Eugene Byrd), who is later discovered to be alive and a H.I.V.E. soldier. 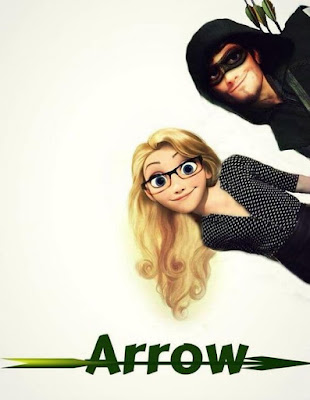 'Thea' joins the team as 'Speedy', but must learn to control herself while fighting, as she now has a blood-lust that may never be fully quenched as a side effect of the 'Lazarus Pit'. 'Laurel' struggles to bring 'Sara' back after learning of Thea's resurrection from the Pit.

Oliver decides to run for mayor. Despite having found happiness with 'Felicity' (now CEO of 'Palmer Technologies') and planning to propose to her, Oliver discovers that he is the biological father to a boy he unknowingly conceived ten years previously with former girlfriend 'Samantha Clayton' (Anna Hopkins). 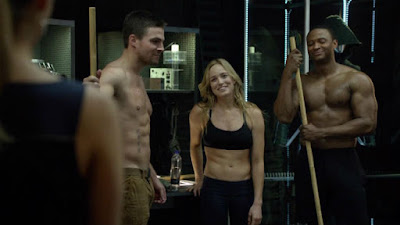 This discovery destabilizes his relationship with Felicity, his life as the Green Arrow, and his mayoral campaign. Oliver ultimately discovers that Damien plans on detonating nuclear weapons and ruling a new world over the Earth's ashes.

In flashbacks, Oliver is forced by 'Amanda Waller' to infiltrate 'Shadowspire', start a relationship with prisoner 'Taiana'  and encounter a mystical idol acquired by Darhk.

Click the images to enlarge and Sneak Peek "Arrow", The Gag Reels...