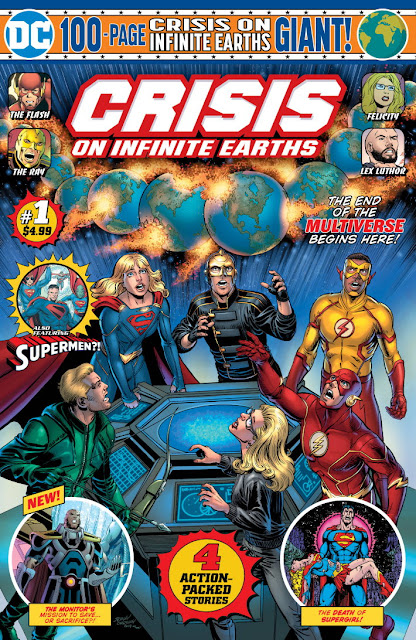 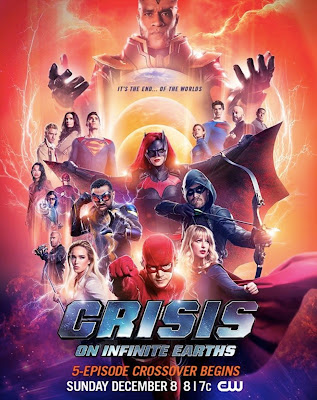 Each issue will feature a 24-page main story illustrated by Tom Derenick, Trevor Scott and John Kalisz, with an additional backup strip also written by Marc Guggenheim and Marv Wolfman, illustrated by Tom Grummett, Danny Miki and Chris Sotomayor. Both issues will also reprint material from the 1985 " Crisis on Infinite Earths" title. 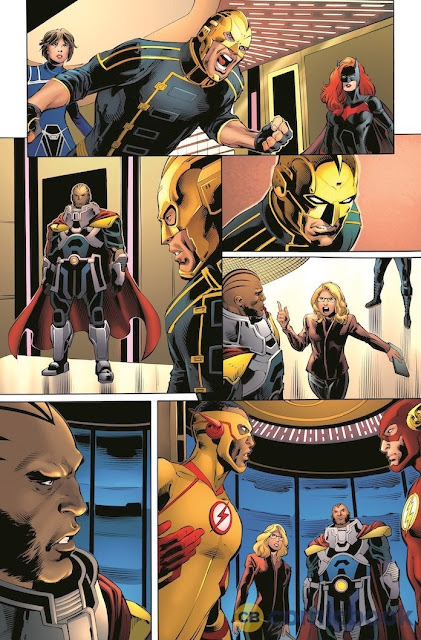 "...in the new title, 'The Monitor' sends 'The Atom', 'Batwoman', 'The Ray', 'The Flash', 'Kid Flash', 'Nyssa al Ghul' and 'Harbinger' to track down 'Outkast', the antimatter universe parallel of 'Pariah'. Once they track him down, Outkast shoots an antimatter beam at 'Barry Allen', but before he can be hit, 'Wally West' jumps in front of the shot, vanishing into thin air and seemingly dying..." 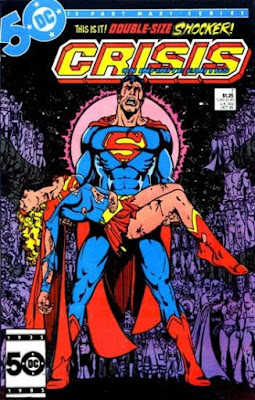 Click the images to enlarge and Sneak Peek "Crisis On Infinite Earths"...