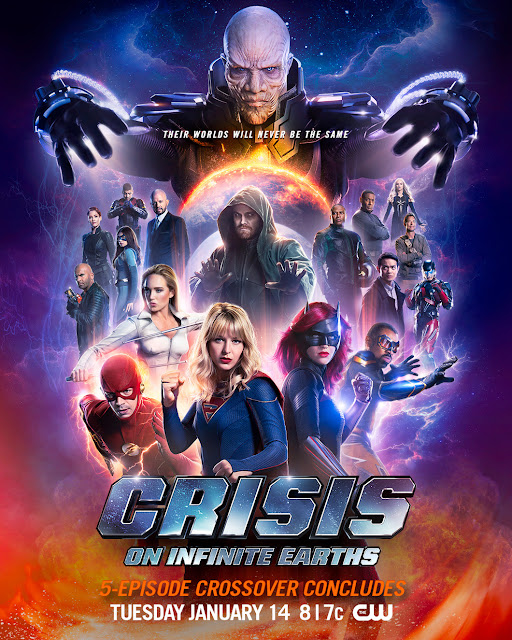 On the news The CW has renewed 13 of it's current series, take a look at the superhero cross-over event "Crisis on Infinite Earths" concluding January 14, 2020 with an episode of "Arrow", followed by the "Legends of Tomorrow": 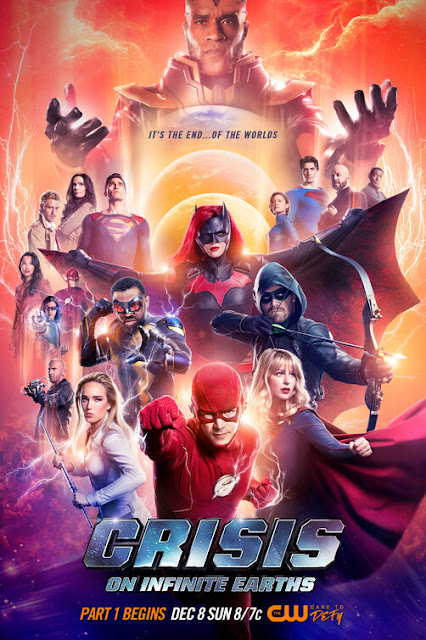 THE STORY SO FAR:

"...the crossover began with 'Supergirl,' when both 'Argo City' and 'Oliver Queen met their end. The people of Supergirl's 'Earth' were also evacuated to the 'Earth' of 'Green Arrow' and 'The Flash', but the death of Oliver Queen emphasizes the accelerating threat of 'The Anti-Monitor.' 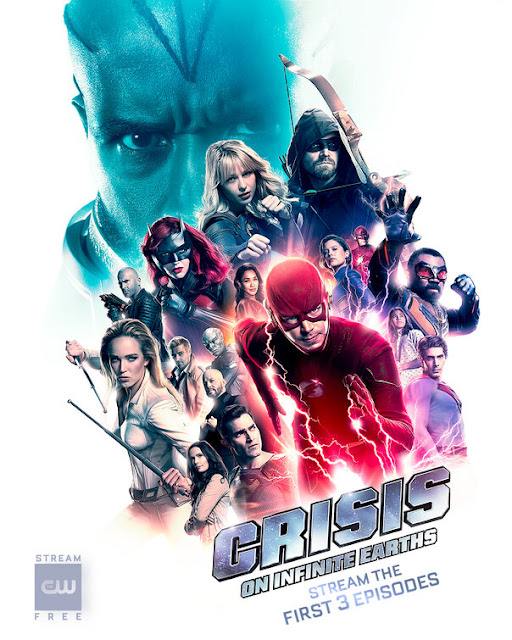 "The story continued on 'Batwoman', where the heroes were sent by 'The Monitor' to search for the remaining seven heroes, or 'Paragons', who may be the last hope of the 'Multiverse'. 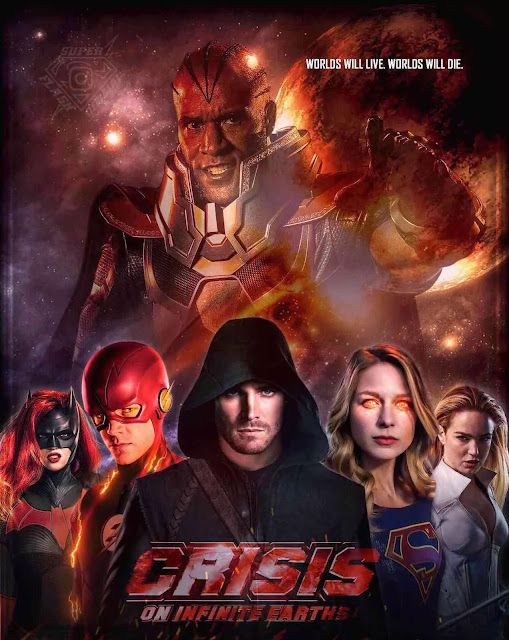 "That leads to 'Earth-96', where the machinations of 'Lex Luthor' force the 'Kingdom Come'/'Superman Returns Superman' to fight the 'Arrowverse Superman'. After Batwoman encounters a merciless, murderous version of 'Bruce Wayne', it's discovered she is in fact one of the 'Seven Paragons'. 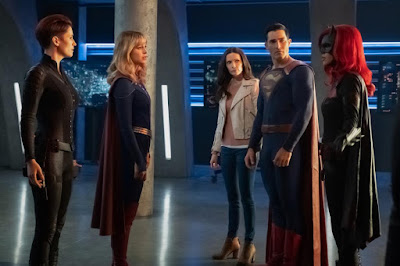 "An attempt to resurrect Oliver Queen using a 'Lazarus Pit' also fails, leading to the next chapter in 'The Flash'. While one team recruits 'Ryan Choi' as a paragon, one of the Anti-Monitor's antimatter cannons is discovered. In order to stabilize it, 'Pariah' summons 'Black Lightning' from his 'Earth', as 'The Flash' of the 1990's TV series sacrifices himself to destroy the weapon. 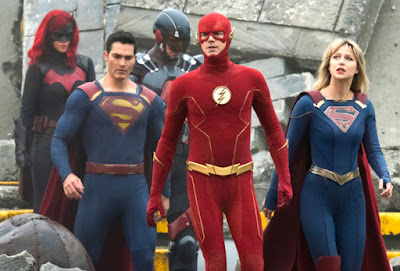 "'John Constantine' and his team go to the Earth of 'Lucifer 'to save Oliver's soul from 'Purgatory,' but he eventually takes the role of 'The Spectre' over from 'Jim Corrigan'. The losses continue as a brainwashed 'Harbinger' kills The Monitor and 'Lex Luthor' kills the 'Superman of Earth-96'...": 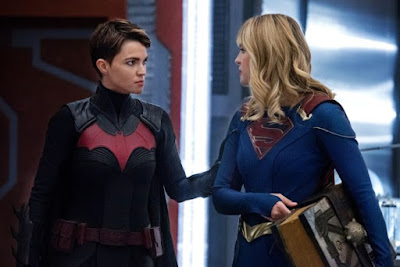 Click the images to enlarge and Sneak Peek "Crisis On Infinite Earths"....