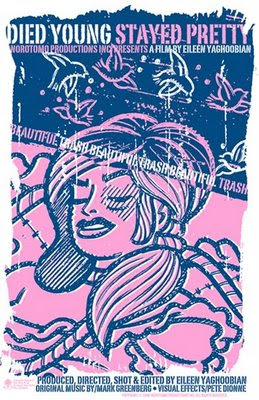 "Died Young, Stayed Pretty", from Vancouver director Eileen Yaghoobian, is noted as the first feature doc to take a candid look at the renaissance of North America's underground indie-rock poster movement, revealing a new breed of counter-culturists who picked up where punk left off.

Yaghoobian traveled across the United States and Canada to offer a look into the world of some of the giants of this modern subculture who have worked on posters for groups like "Arcade Fire", "Broken Social Scene", "Radiohead", "White Stripes", "Sonic Youth" and a whole lot more.

"...Under the guise of advertising for rock shows, these unheralded masters of the silkscreen and Xerox machine carry on public discourses that range from hot button political issues to lewd inside jokes...stealing from the golden era of Americana, they pervert classic pop culture references and slap it in the face of polite society while safely treading under the radar—picking up pieces of America's disposable culture and turning them into beautiful obscenities. Yaghoobian sneaks her camera into the lives of these self-proclaimed professional radicals to discover where the real punk power lies, if any remains..." 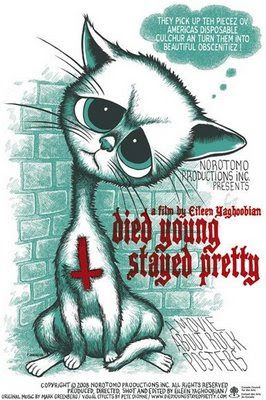 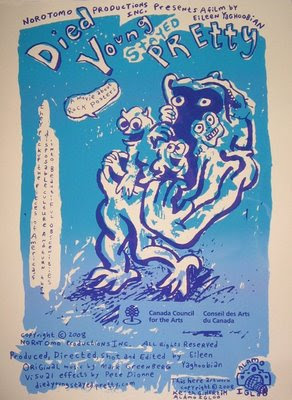