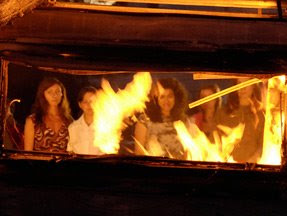 "...In the intense intimacy of a women’s shelter, privileged 16-year-old 'Josephine Nash' and her mother 'Candice' come to terms with the unspoken rules that govern their relationship.

When Jo's father 'David' forces his way in to take his wife and daughter home, both women watch in horror as the women of the shelter choke him to death.

Jo loses a father, Candice a husband. They are finally free of the violence that has plagued them. Or are they?

Told over a three-day period, 'Sheltered Life' explores the themes of morality, vengeance and justice, as seen through the eyes of an ensemble cast of women living in a shelter..."