"What is the future of new media?", was the question posed to a panel at SFU’s Harbour Centre February 11. BC Film and The Canadian Film & Television Production Association (CFTPA) sponsored the evening, attended by players in both old and new media, eager to see what fresh options are becoming available to get the 'word' out.

First panelist was Phillip Djwa, President of Agentic Strategies and Communication, talking about participatory culture in today’s media. He said in 1995, when a popular TV show or movie came out, fans were able to participate in the evolution of the product through letters, stories, merchandise, art and events. Now these outlets have grown and evolved with the advancement of technology.

Djwa then shared some clips from today's 'Star Wars' fans :

According to a 3 year old
http://www.youtube.com/watch?v=EBM854BTGL0

The Empire Strikes Back in 60 Seconds http://www.atom.com/funny_videos/sw_esb_60/ 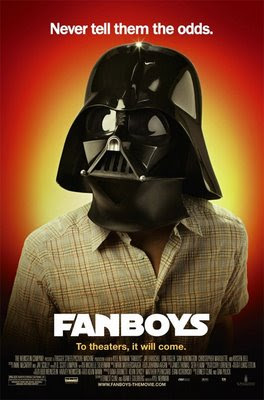 When fans create films, it can be tricky if they are infringing on copyrights- the brand, characters, music, etc. But as imitation is the sincerest form of flattery, creators are usually delighted by good works riffing on their concepts, sometimes rewarding sincere efforts with official contests such as Lucasfilm’s Star Wars Fan Movie Challenge.

This participation by fans in the the continued evolution of media was not only a great example of the night’s topic but also extremely amusing.

Next speaker was Kris Krug, President of Raincity Studios. Krug's presentation involved the use of new media by studios and production companies to involve fans in the their TV shows: to allow characters and stories seem more real.

First example was HBO’s 'True Blood', revolving around 'Sookie Stackhouse' and her involvement with vampires as they ‘come out of the closet’ and into normal society after the invention of ''Tru Blood', a synthetic plasma beverage, reduced their cravings while they integrated themselves into society.

Before the show aired, HBO built websites for Tru Blood the drink, the 'American Vampire League' organization and the 'Fellowship of the Sun', a fictional group involved in the oppression and condemnation of vampires. Fans visit the sites and get involved, learning more background to the story and ordering up merchandise.

Fellowship of the Sun Organization
http://fellowshipofthesun.org/

Five of the main characters also have Twitter accounts, with HBO responding to all mail so fans can stay 'connected' with Sookie and her friends. 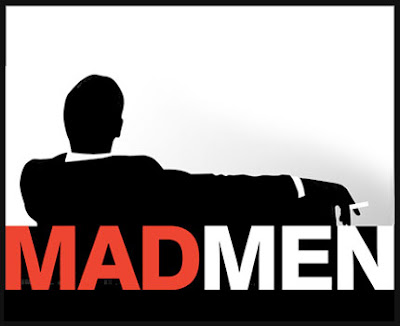 To further illustrate interaction, Krug talked about how AMC’s 'Mad Men' had fan-based Twitter accounts created by fans, for several of the show's fictitious characters, including 'Don Draper', ''Peggy, 'Betty' and 'Joan'. AMC promptly had the accounts shut down, losing the fandom, accounting for 'Mad Men"s inabiilty to gain respectable ratings, despite being a superior show.

Third speaker of the evening was Steve Bocska, President of Pug Pharm Productions. As a gaming expert, Steve talked about the integration not only of brands, characters and stories within the industry but more noticeably, the business of 'community gaming'. He introduced us to a webisode of a show called 'The Guild', created by/starring Felicia Day, following a group of eccentric gamers whose lives revolve around playing a continuous online game called 'The Guild'.

Bocska's point was to show the use of technology connecting with an audience. In the case of the Guild, the first three episodes were available on YouTube for free, while Day asked viewers to make a donation through Pay Pal, providing enough money to fund the last seven episodes of the season. Bocska's theory is that once you build a relationship between your content and the audience, you can add a third party sponsor, or the ability for fans to participate financially.

Other examples included 'Second Life', the 3-D virtual world community created by users where participants purchase icons that represent physical objects (a car, furniture etc.) to build their own space within a chosen community, spending their own real money.

Then, live from Cambridge, we 'Skyped' with Henry Jenkins, author, Director of MIT’s Comparative Media Studies Program and an international expert in the field of media studies, coining the phrases 'participatory culture' and 'transmedia'.

Jenkins said participatory culture is an audience that 'takes and spreads media for themselves', whereas convergence is like a quilt, in the form of media consolidation : Time-Warner's owns DC Comics and Warner Brothers Studios, making it easier to transition into movies from comic book characters, publicizing the finished product in 'Entertainment Weekly', selling the books/DVDs on Amazon and building a 'Batman Adventure: The Ride 2' in a theme park.

Creators of a brand look for ways to create cultural attractors and activators to incorporate their product into the lives of their audience. When the TV series 'Lost' flashed a map in one scene of an episode, fans began pausing and recreating the map, studying it, talking it up and discussing its significance.

Another important factor in media convergence is 'product placement'.

One of the first uses was Kubrick's '2001: A Space Odyssey' when the movie showed brand-name products that existed in the future.

The final speaker of the evening, Jeff McPherson, a local success story, was Skyped in from L.A., noted as the creator of 'Tiki Bar TV', an online show started in his apartment in Vancouver. The quality was grainy and the premise cheesy until Steve Jobs used an episode to launch his 'Video iPod'...