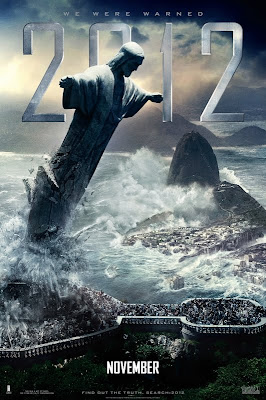 A 2-minute sequence from the disaster movie will air simultaneously on 450 TV outlets in North America, Oct. 1.

Comcast will launch a multimillion-dollar campaign, airing on ABC, NBC and CBS, 89 cable networks, local stations in the top 70 markets and Spanish-language networks.

In Canada, Sony Pictures will run the two minute cliffhanger on all major English and French broadcast networks, 53 cable networks, and local stations in 20 markets. In total 146 television outlets will take part in the Canadian event, reaching over 6.7 million viewers across the country, a delivery that exceeds The Academy Awards, Canada’s highest rated annual programming event.

The two minute scene will reach more than 96% of Canadians watching Canadian TV at that time. Sympatico.ca will also partner in Canada to showcase the conclusion of the two minute cliffhanger with the extended five minute sequence, reaching over 82% of Canada’s total English and French online population.

Fans will be able to view an extended five-minute scene, after the roadblock on Fancast.

In the film a global 'cataclysm' occurs leading to the end of the world, with survivors struggling for their lives.

The film is inspired by the ancient Mayan culture that predicted a doomsday event will occur sometime in the year 2012, during the northern hemisphere's winter solstice.