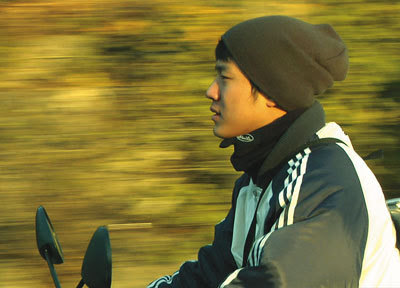 The annual prize is awarded during VIFF to an emerging filmmaker from the Asia-Pacific region who hasn't yet gained international recognition.

Directed by Jang Kun-jae, "Eighteen" focuses on a seaside vacation taken by a high-school couple, without their parents' permission.

"...During their winter break, 'Kim Tae-Hoon' takes his girlfriend 'Park Mi-Jeong' away to the seaside for several days. Neither of them has parental permission for the trip, and when they get back to Seoul, Mi-Jeong’s father becomes dangerously violent, demanding that the boy sign a pledge to stay away from his daughter.

But Tae-Hoon, who earns pocket-money as a delivery boy for a Chinese restaurant, is rebellious by nature and tries to contact Mi-Jeong by all means possible..."