"Caprica": The Future Of Humanity Begins With A Choice... 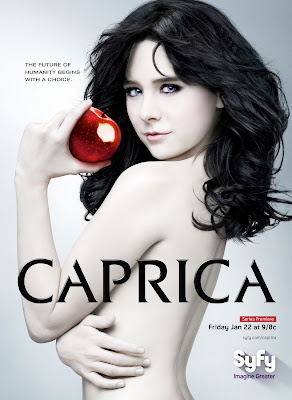 Sneak Peek the newest poster promoting Vancouver-lensed Syfy TV series "Caprica", set in the "Battlestar Galactica" universe 58 years before the events of "BSG", when 'Colonial' humanity first created robotic 'Cylons' who would later plot to destroy human civilization in retaliation for their enslavement. 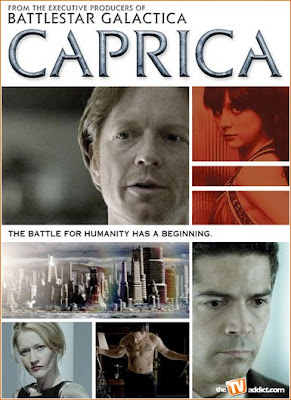 An extended version of the pilot premiered on DVD/digital download, April 21, 2009. 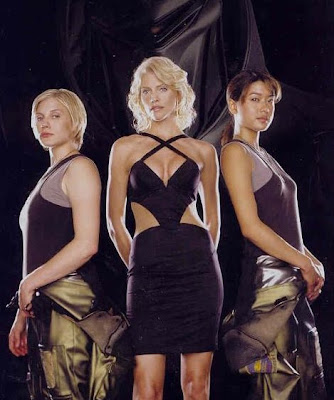 Syfy said "BSG" had a predominantly male audience and that the ongoing 'war in space' backdrop was a deterrent to female viewers. With these considerations and a "BSG" storyline prequeling events before the two 'Cylon Wars', "Caprica" takes on a different identity and tone in content and style. 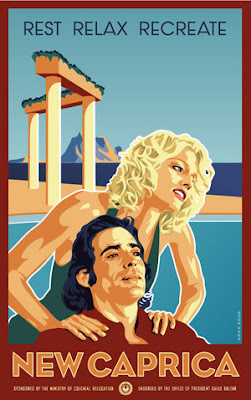 "Caprica" is preoccupied with a world intoxicated by success, "about a society that's running out of control with a wild-eyed glint in its eye." 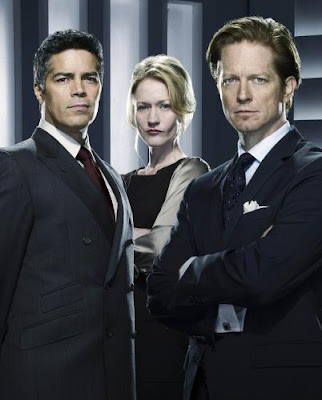 Set against the backdrop of a culture with advanced technology, "Caprica" is grounded in its urban locales, focusing on corporate, political, familial and personal intrigue.

At the start of the series, 'The Twelve Colonies' are at their peak, self-involved, oblivious and mesmerized by the unlimited promise of technology. Framed by conflict between the 'Adama' and 'Graystone' families over the resurrection of loved-ones lost in an act of terror, "Caprica" explores the ethical implications of advances in intelligence and robotics.

Click the images to enlarge and Sneak Peek "Caprica"...