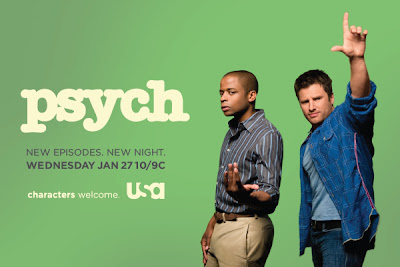 The series will be moved up to Wednesdays beginning January 27, 2010, concluding March 10.

During the second season, an animated segment was added to the series titled "The Big Adventures of Little Shawn and Gus".

"Psych" has been officially renewed for a fifth season with a 16-episode order.