"Smallville" Shrieks With The Silver Banshee 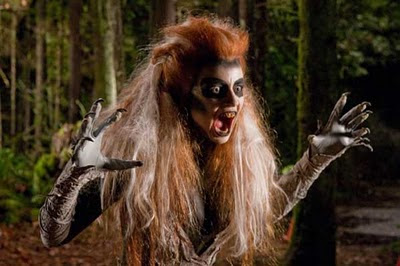 As we reported in January, DC Comics character 'Silver Banshee' aka 'Maggie McDougal' will appear in the 16th episode of the 9th season of Vancouver-lensed "Smallville", airing Friday April 2 on the CW. 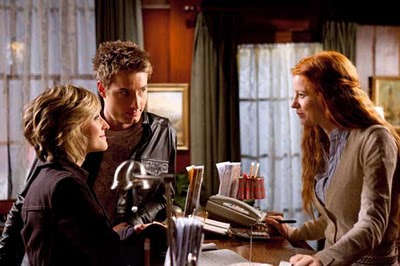 "Escape" was written by Genevieve Sparling and directed by Kevin Fair. 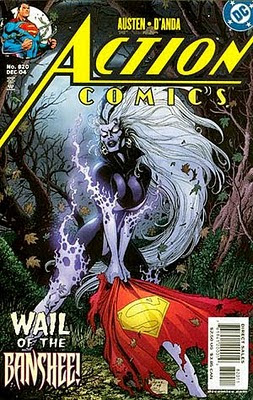 Created by John Byrne for DC's "Action Comics" #595 (December, 1987), 'Silver Banshee' has superhuman strength, agility, speed, endurance and resistance to physical/energy attacks, with a 'wail' that can kill within a certain range as long as she can see her victim and knows their true name. Silver Banshee can also use her sonic powers to teleport. 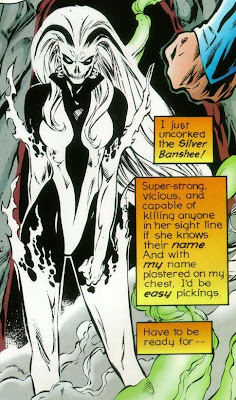 In the comic books, 'Siobhan McDougal', first-born child of 'Garrett McDougal', patriarch of an old Gaelic family undertakes a supernatural ritual to lead her clan, but is interrupted during the process and dragged away to an 'infernal netherworld'. An entity called "'The Crone' grants her powers and the ability to return to Earth as the Silver Banshee, in exchange for an occult book that belonged to her father. When the book collection is shipped off for sale to the US, Banshee travels to 'Metropolis', killing anyone that stands in the way of her search...