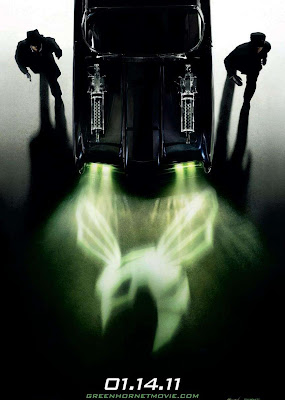 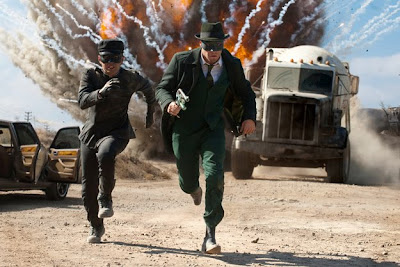 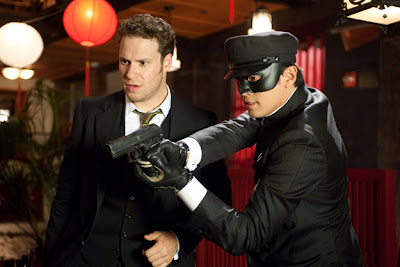 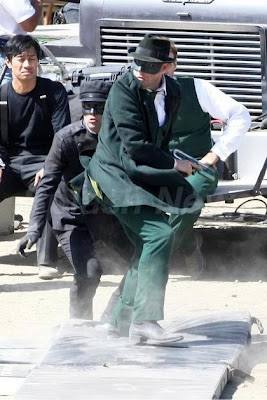 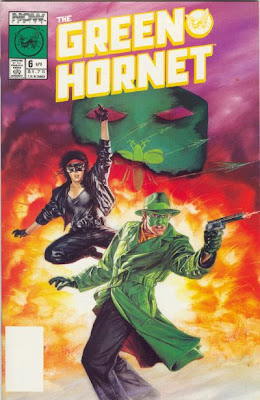 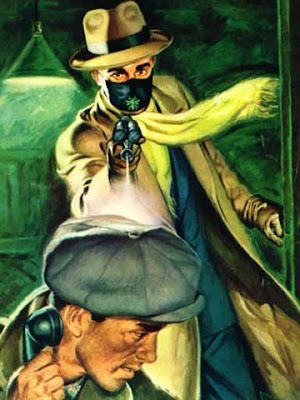 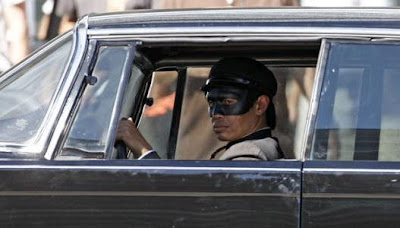 "...'Britt Reid' (Rogen) is the son of LA's most prominent media magnate, perfectly happy to maintain a directionless existence on the party scene – until his father (Tom Wilkinson) mysteriously dies, leaving Britt his vast media empire. 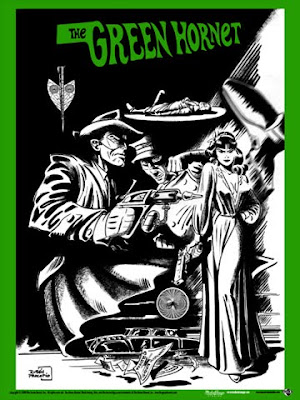 "Striking an unlikely friendship with one of his father's more industrious, inventive employees, 'Kato' (Chou), they see their chance to do something meaningful for the first time in their lives: fight crime. 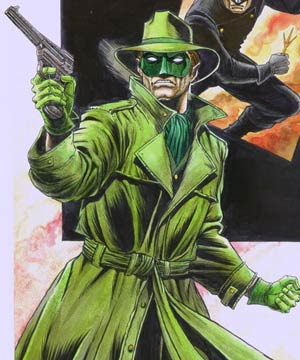 "But in order to do this, they decide to become criminals themselves – protecting the law by breaking it as Britt becomes the vigilante The Green Hornet as he and Kato hit the streets. 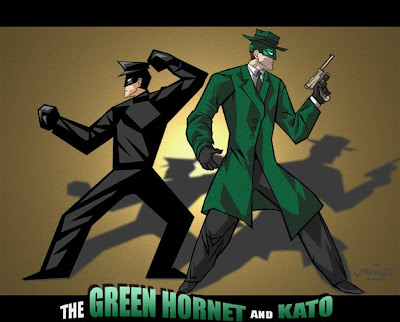 "Using all his ingenuity and skill, Kato builds the ultimate in advanced retro weaponry, 'The Black Beauty', an indestructible car equal parts firepower and horsepower. 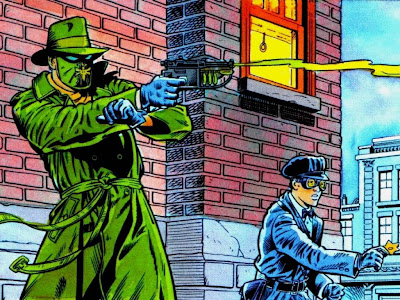 "Rolling in a mobile fortress on wheels and striking the bad guys with Kato's clever gadgets, The Green Hornet and Kato quickly start making a name for themselves, and with the help of Britt's new secretary, 'Lenore Case' (Diaz), they begin hunting down the man who controls LA's gritty underworld: 'Benjamin Chudnofsky' (Waltz). 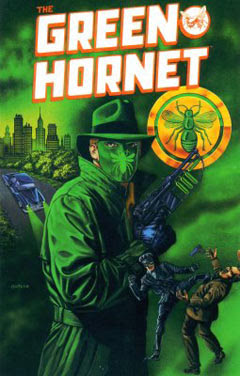 "But Chudnofsky has plans of his own: to swat down The Green Hornet once and for all..." 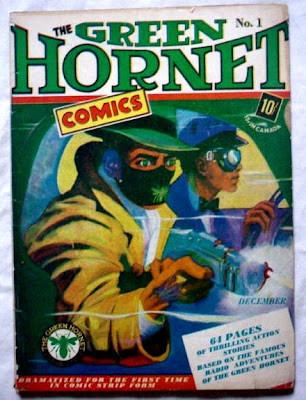 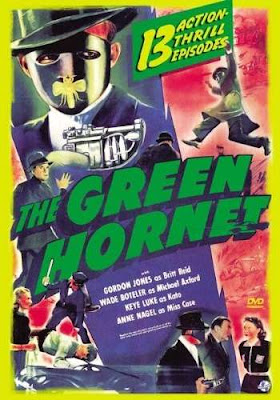 Broadcasting until 1952 on the Mutual and NBC Blue networks, the series followed the adventures of 'Britt Reid', a bored playboy whose life changes when he inherits his father's newspaper 'The Daily Sentinel' and saves the life of 'Kato', a Japanese man with martial-arts skills. 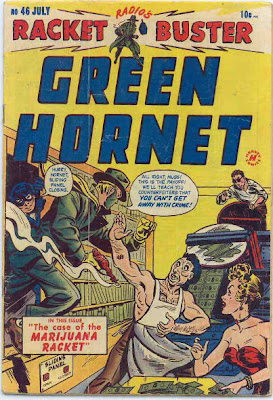 After Reid and Kato witness a brutal crime, Reid becomes a crime-fighter, using two special, non-lethal guns, with one firing 'knock-out gas' and the other producing a 'Hornet's Sting' electric shock.

Following its successful run on radio, "The Green Hornet" ran in several comic books and a 1940's movie serial from Universal. 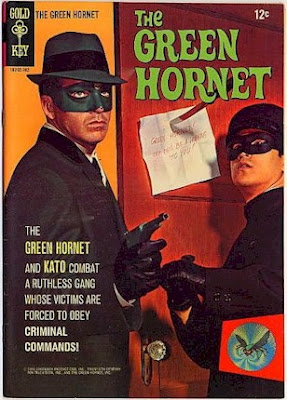 In 1966, the character made the jump to the ABC Television network, starring actor Van Williams as the Hornet and catapulting martial artist Bruce Lee as Kato to stardom.

Click the images to enlarge and Sneak Peek "The Green Hornet"...