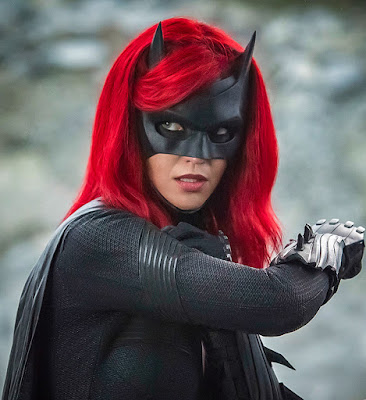 "...in "An Un-Birthday Present', directed by Mairzee Almas, that aired January 26, 2020, in flashbacks, 'Beth' was shown to have an improving friendship with 'Mouse' who got her a cat. When 'August' found out, he killed the cat and destroyed the 'Alice in Wonderland' book. Impressed with how he made clothes for it, Beth was roped into perfecting the skin-making project that August was trying to perfect. In the present, Alice is still in 'Crows' custody. Having to clear things up, Kate tells the alternate Beth that she is on 'Earth-Prime'. In order to get Alice free, Mouse kidnaps 'Steven', the son of 'Commissioner Forbes' and 'Bryan', the son of 'Mayor Akins'.

"Thanks to a code that she and 'Kate' learned during Mouse's latest ransom demand, Sophie doesn't let Alice go. In an attempt to fool Alice, 'Luke' and 'Mary' disguise the alternate Beth into posing as Alice to buy Kate time to break free. Figuring out that this is the alternate Beth when she doesn't know the code that ended with the 'Red King' is sleeping, Mouse locks her in the trunk. Kate breaks free where she subdues the Wonderland gang members and injures Mouse who throws a lighter on the now-flammable car. Kate was able to rescue Steven, Brian, and the alternate Beth.

"Thanks to a trick, Alice breaks free before she can be taken to 'Arkham' as she claims to 'Sophie' that she has her own demons to deal with. With Mouse in Crows custody under heavy guard in their 'ICU' while the Crows block some of the ways out of the area, protestors show up outside 'GCPD' demanding they light the 'Bat-Signal' as 'Batwoman 'arrives. Later on, Kate celebrates her birthday with Luke, Mary and the alternate Beth. Suddenly, the alternate Beth and Alice begin to simultaneously suffer from severe headaches..." Click the images to enlarge and Sneak Peek "Batwoman: Take Your Choice".... 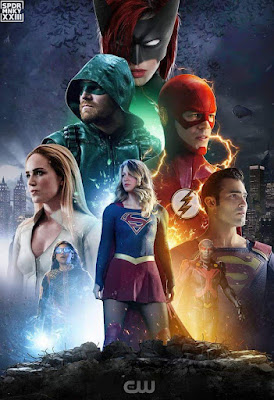