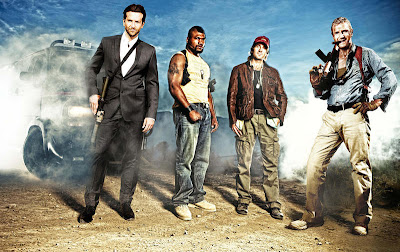 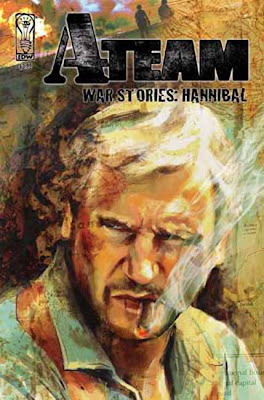 Written by Chuck Dixon and Erik Burnham, illustrated by Hugo Petrus with a painted cover of actor Liam Neeson in movie character, by artist Michael Gaydos, the stand-alone issue "A-Team"- War Stories: Hannibal, focuses on 'Colonel John "Hannibal" Smith', who is "...never stuck for a plan. But how is he going to cope with a mission in which everything goes wrong and he might just wind up on the wrong side of Saddam Hussein in the 'Desert Storm' flashback adventure "The Luckiest Man In Iraq...?" 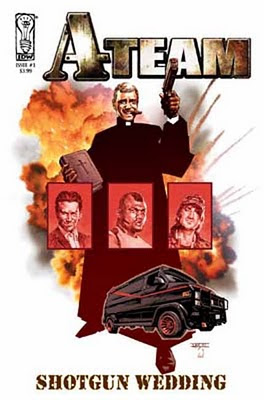 In the prequel, "Shotgun Wedding", written by director Carnahan and Tom Waltz, illustrated by Stephen Mooney, with a cover by John K. Snyder III :

"...After a successful-but harrowing-completion to a mission in icy Alaska, 'Hannibal' and the team are up for some much-needed leave in sunny San Diego to attend the wedding of a high-ranking U.S. official's daughter. But when threats are made against the event, the 'A-Team' is forced to quit their vacation and go undercover to foil what might be a terrorist plot. 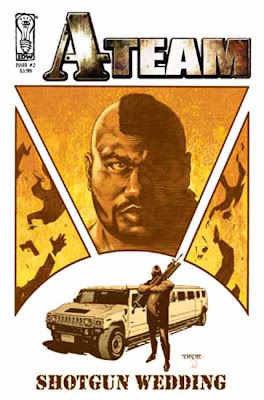 But, with 'Murdock' cooking, 'Face' event planning, 'B.A.' chauffeuring, and '"Reverend" Hannibal' presiding, will the wedding be able to survive the 'A-Team' ?.." 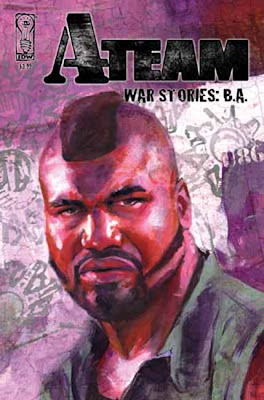 In the stand-alone issue "War Stories: B.A.", written by Chuck Dixon and Erik Burnham, "...'Sgt. Bosco "B.A." Baracus' is the kind of man you want on your side in a tough situation‹which is why he was sent into Kuwait City to help retrieve weapons stolen from the coalition during Desert Storm. But when B.A. learns that this particular mission isn't exactly what he was told, you'll pity the fool that tried to lie to him..."