"Rise of the Planet Of The Apes": Evolution Becomes Revolution 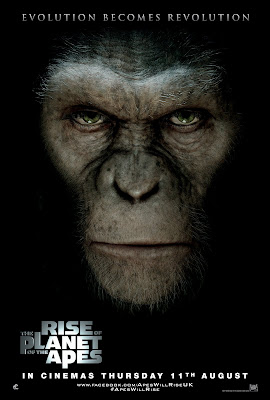 Take a look at the new UK poster supporting the Vancouver-lensed sci fi thriller "Rise of the Planet Of The Apes". 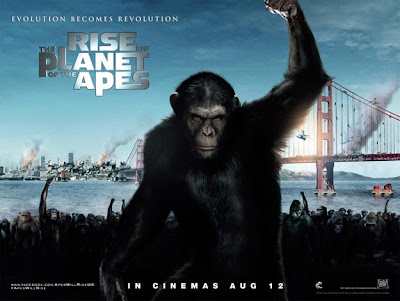 "...'Will Rodman' (James Franco) is working on a cure for Alzheimer's by performing tests on apes. The first test subject is 'Caesar', evolving his way of thinking to create a new breed of ape with human-like intelligence. 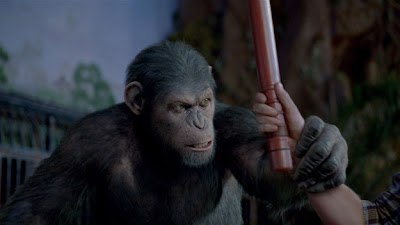 "Caesar learns well, but human authority continues to test and contain him. Eventually he proves himself smart enough to escape from his cage to provide 'the cure' among other apes. Soon, millions of apes begin to rally up for a revolution, as war breaks out between humans and apes. Rodman may be the only one able to stop them, before the apes succeed in becoming the dominant species on the planet..."
Click the images to enlarge and Sneak Peek "Rise Of The Planet Of The Apes"...